True patriotism springs from a belief in the dignity of the individual, freedom and equality not only for Americans but for all people on earth, universal brotherhood and good will.
— Eleanor Roosevelt

Here’s a fascinating fact:  Homo sapiens are too new a species and lack enough genetic diversity to have races. Science has proven:

There is not one gene, trait, or characteristic that distinguishes all members of one race from all members of another. We can map any number of traits and none would match our idea of race. This is because modern humans haven’t been around long enough to evolve into different subspecies and we’ve always moved, mated, and mixed our genes. Beneath the skin, we are one of the most genetically similar of all species.

Penguins, for example, have twice as much genetic diversity as humans. Fruit flies have 10 times as much. Even our closest living relative, the chimpanzee, has been around at least several million years. There’s more genetic diversity within a group of chimps on a single hillside in Gomba than in the entire human species.

Somewhere along the line, in primitive times, the notion of ‘race’ arose. In less educated days, some decided certain tribes, genders, religions, etc. were superior, and everyone else was not only inferior, but should be subjugated. Those archaic attitudes are great ways to offend folks while causing tension, animosities and various forms of hell on Earth.

Of our country, the ‘Leader of the Free World,’ Eleanor Roosevelt said, “A number of people still think of the United States as being overwhelmingly English, Protestant, and white. This erroneous idea influences their whole outlook.”

As begun in California, such misleading ideas can be fixed. One by one, individual by family by community, by town and commonwealth, we can MEGA [Make Everyone Great Always] instead of MAGA, opening space for the real Maga [Latin and Sanskrit for magic] as achieved by two Olympians in this post’s video [see below].

BTW, as elections approach, I like another lady, Gracie Allen’s recommendation:

We favor putting Congress on a commission basis. Pay them for results. If they do a good job and the country prospers, they get 10% of the extra take.

A marvelous story of these two Olympians’ determination to win the top prize. An uplifting, joyful, yup, inspiring conclusion. 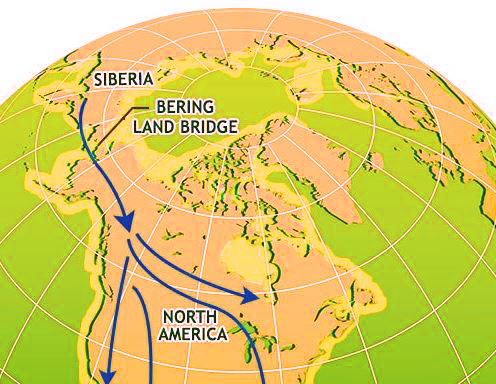 As some prepare to celebrate Columbus Day on October 11, we’ve got to get real about who really found the continents he thought were India [later named for the Italian mapmaker Amerigo Vespucci]. After all, people had been walking here from Asia, across the Bering Land Bridge [where they lived and farmed and hunted] for over fifteen thousand years. This explains why Columbus met what he called Indians settled here when he arrived.

According to Ivan van Sertima’s They Came Before Columbus, centuries before the slave trade, Africans sailed to and influenced Meso-American cultures.

Ah well, would be nice to know what the people who really discovered these lands called them.

And Columbus Day can be a time to discover Italian culture, history and cuisine [yum]. 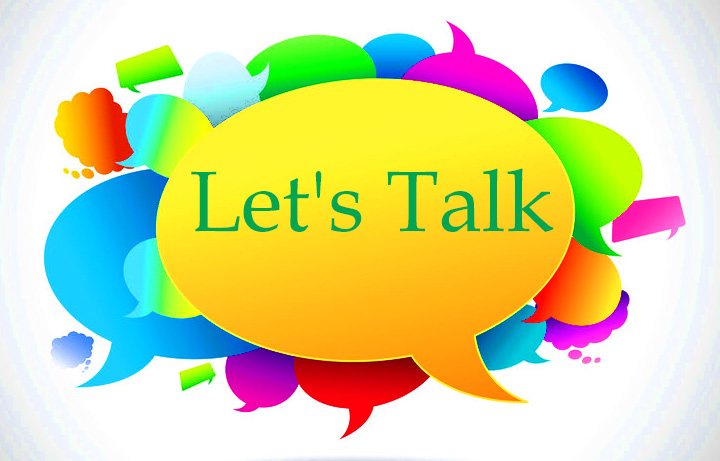 Lots to discuss, including thoughts about “Eleanor’s Insights” and this month’s book, Caroline Myss’ Invisible Acts of Power, Channeling Grace in Everyday Life.

Zoom Link will be sent day before Chat. See you soon!

Sandra’s Gifts, my online shop at RedBubble.com, shares my art as mouse pads, phone cases and shower curtains, as mugs, dresses, journals, greeting cards and more.  Everything is great quality and well priced. What beautiful and inspiring fun!  Shop here. 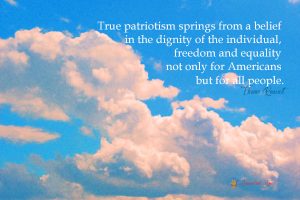 Succeed and Soar’s “Eleanor’s Insights” series is illustrated with my photographs of ‘wild places.’
Once upon a time, I heard of a man leading cloud-gazing tours. Marvelous. And, today, you can create your own. Because I also admired Ray Collins’ seascapes, my “Clouds” series was produced, reminding to look up …  in many ways.

My art is available as prints on assorted, high-quality papers, framed and on canvas with various borders and widths. Check for limited time gallery discounts at top of page. 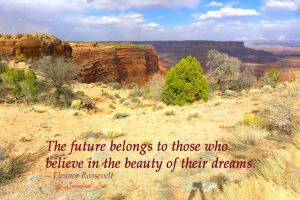 Photo [c] 2021, Sandra Gould Ford Utah's Canyonlands illustrate, "The future belongs to those who believe in the beauty of their dreams."

The Future Belongs to You

The future belongs to those who believe in the beauty[...] 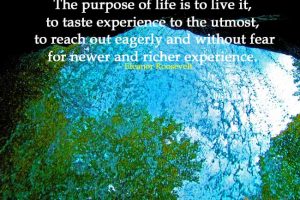 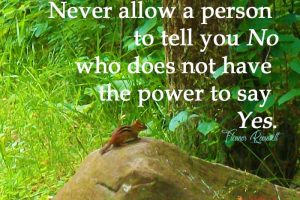 Never allow a person to tell you no who doesn’t[...]